A 71-year-old man is facing charges related to the April 2019 death of a 14-year-old girl after hitting her with his car. 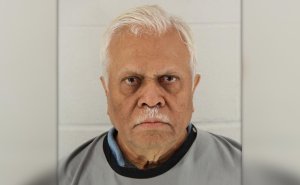 Just after 3 p.m. on April 4, 2019, officers responded to the area of 123rd Street and Switzer Road in response to a pedestrian being struck as she was walking along the sidewalk on the east side of Switzer.

The pedestrian was identified as Alexandra Rumple, who was taken to the hospital, where she later died from her injuries. Rumple was an eighth grader at Oxford Middle School.

According to the crash report, Gandhi told police his brakes went out, causing him to lose control and drive on the sidewalk.

Gandhi’s bond has been set at 50,000. He’s due to appear in court on Thursday. He was booked into the Johnson County jail Wednesday.