Nearly 30 years later a car stolen from Overland Park has been found.

It was stolen when the car was only two years old, but found at the ripe age of almost 30.

“We recovered a car after 26 years,” Officer John Lacy said. “This is pretty weird.”

“I think my record was I found a motorcycle that was stolen in 1971,” Cpl. Nate Bradley with the Missouri Highway Patrol said. “It was a ’68 Harley Davidson.”

Bradley said when someone bought the farm, they found the car abandoned in a barn. The owner brought it to the Highway Patrol to have it looked at, and they realized it was stolen. 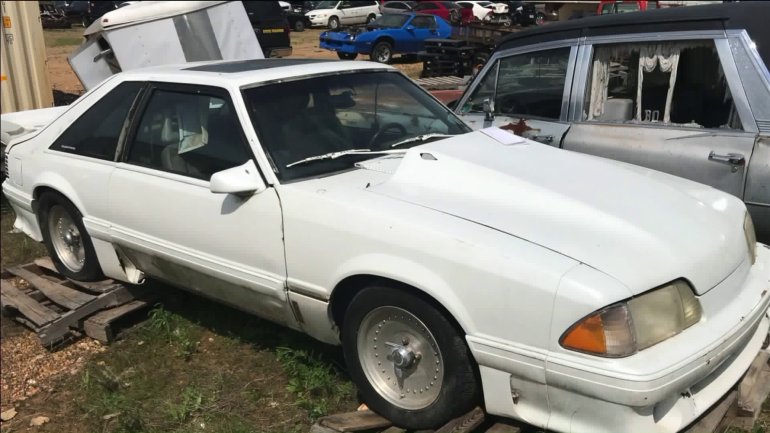 “It’s in very poor condition,” Bradley said. “It’s in good condition for animals to live in, but not really for us to drive.”

“I was shocked,” Lacy said. “That was the first thing. I was like, ‘Wait a minute. You’re kidding me.’ Especially when you hear the story and you have the actual report in your hand.”

However, Bradley said the car hasn’t been living such a quiet country life.

“It appeared to me that it had been retagged with a different VIN number for quite some time, and the suspect had been driving that car around just hidden in plain sight for many years,” Bradley said. “The last time it received a Missouri Safety Inspection was 2007.”

Bradley said he believes he knows who stole the car, and too much time may have passed for theft charges — but fraud is another story.

“I think the guy was pretty clever,” Bradley said. “I think he’s probably — if he watches this he’s probably sipping some iced tea, thinking he got away with it for a long time. But I’ll catch him.”

But who’s missing a car?

“I did take the police report this morning, and I called both of those numbers, and they are invalid,” Lacy said.

The police report and insurance claim records have different individuals listed, and both were not easy to track down. So if you’re missing your car, call Overland Park police.

But at this point, you probably don’t want it back.

“Now I want to go around and check every barn in Kansas,” Lacy said.

Bradley was able to connect the dots through paperwork, numbers and insurance claim records.

By the way, the Overland Park police officer who took the report back in the 90s: Capt. Fredrickson is still with the department and has had a few promotions since.