The family of a woman killed in a massive pileup on Interstate 70 is mourning, along with generations of Girl Scouts she dedicated her life to.

On Friday, the icy roads caused a massive pile up on the interstate near Oak Grove. Linda Henderson, 73, of Platte City died in that crash. Her husband, James, remains in critical condition.

Henderson has many names to those who know her: Linda, Mom and Nana. However, to the Girl Scouts, she was the Pioneer Woman and Walking Stick Lady.

Kathy Twitchell knew Linda for nearly 30 years through the organization.

Twitchell said Henderson served as a mentor and troop leader with her in the Girl Scouts of Northeast Kansas and Northwest Missouri. She said she heard about the wreck the day it happened but never imagined someone she knew would be in it.

“I heard about the wreck first, but it didn’t dawn on me who was involved. And then when I saw on social media who it was, it was kind of disbelief,” Twitchell said.

Disbelief from her and the entire Girl Scout community. 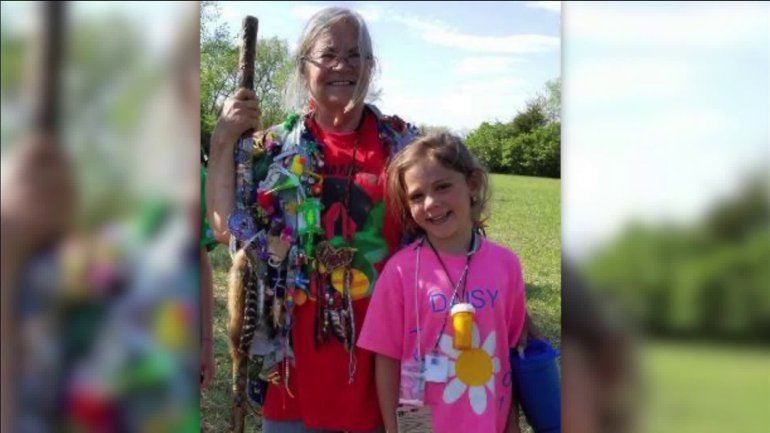 Twitchell said Henderson was on her way home from a family vacation, and her family said she was talking about her troop and their cookie sales throughout their trip.

Henderson led her daughter’s, granddaughter’s and even her great-granddaughter’s troops over the years. Twitchell said she wasn’t just a troop leader, but led trainings, organized events and was a wealth of knowledge to everyone she met.

“She’s just the perfect role model,” Twitchell said. “She was always there to give any girl a hug. To just sit and talk to them, listen to them. She would teach them any skill she wanted to learn.”

Even when she didn’t have a daughter or granddaughter to lead a troop for, she continued to volunteer and help girls get excited about the great outdoors. Twitchell said her strength was empowering girls and giving them the self confidence that they could do anything they set their mind to.

“She was a troop leader multiple years. Not just for her daughter’s troops, but for multiple troops,” Twitchell said. “So through her work with Girl Scouts, I would say she’s touched thousands of girls and probably an additional thousands of adults with her trainings.”

To Twitchell, more than anything, she was her friend that she will miss immensely.

“I’d just tell her that she’s always in my heart,” she said.

Henderson’s family set up a Gofundme page to help with forthcoming financial needs as James recovers, and they put Linda to rest. If you would like to help this family, you can go here to do so.

Twitchell said the outpouring of support from friends and strangers is incredible.

“I think it has helped them a lot seeing the positive posts on social media. The Gofundme page, it just touches that it’s not just her Girl Scout friends. It’s Kansas City,” Twitchell said. “They’re showing their support for her family.”