Losing your dog or cat can mean you’ve also lost your best friend, and when you do — what do you do?

Maybe you call around to shelters, post on Facebook, or put fliers around your neighborhood. But now a new app wants to make finding your dog a click away.

Diana Garcia from Raymore loves her dogs and her neighbors dogs, too. The four fluffy friends pounce around her living room tearing up toys and munching on as many Pupperoni bites their big eyes can bargain. 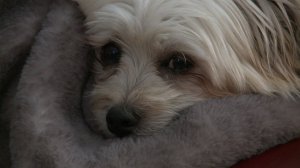 So when her neighbor, Vicki, had a medical emergency, Diana went to help. They went inside to pick up perky Piper and shy JoJo to bring them home until their mama came home. Diana grabbed Piper and her husband put JoJo in her kennel.

When he started walking down the stairs of the garage, JoJo’s kennel fell and broke. That’s when JoJo made a sneaky run for it.

“The kennel hit the concrete and broke, and the door popped open, and JoJo started to escape,” Garcia said. “It was horrific because my husband was just beside himself.”

No one could find little JoJo, and the couple didn’t know what to do.

Garcia and her husband searched the neighborhood in frigid temperatures. They alerted neighbors, called shelters and contacted her daughter Kerry Underwood in a panic. Underwood took the initiative to post about JoJo’s escape on Facebook.

“It’s a fast way to spread the word, even at 4:30 in the morning, people were instant, responding to it,” Underwood said, “giving me ideas of where also to post this information about her at.”

JoJo is microchipped, which vets strongly recommend pet owners do, but there was one new resource they hadn’t heard about: the app ‘Finding Rover.’

It allows users to post lost and found pets. It uses facial recognition technology based on images to help find the dog or cat you are looking for faster.

Tori Fugate, the communications director with KC Pet Project, said the app is new and creative. Fugate said it offers a lot to pet owners and is being used effectively across other cities, especially in Sacramento.

“I have friends work at other shelters that are using this and they love it, so it’s something that we’re really excited to bring to Kansas City, and it’s just a relatively new concept.”

Anyone can download and use the app, but KC Pet Project is the first shelter in the metro to get on board. They post all of the pets that come into their shelter to help reunite them with their owners who may be desperately looking for them.

“If you have a lost pet, you post the picture of your lost pet and it will show every single animal that is in the shelter system that looks like the pet that you’re missing,” Fugate said.

The app also lets people find dogs available for adoption. You can browse them in a separate section on the app and narrow down options to find the right pet for them. 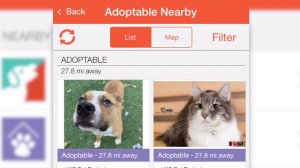 “There’s so many that need the love, and they do have certain challenges sometimes, but they’re worth it,” said Garcia, who adopted her dogs Bernie and Lucy. “They’re absolutely worth it. They give you unconditional love, and who else can do that for you?”

Both mother and daughter said they wished they had heard about the app before, and they love the idea of it.

“You’re not really thinking straight,” Garcia said. “You’re thinking about all the things to do, but you’re so emotional and so distraught that you need help right away. If there would be a central app like that it would be awesome, and it would give you a sense of relief thinking, ‘I’ve done all I can.'”

“With them being a larger organization around the Kansas City area, I think more people will learn about it and use it just seeing KC Pet project use it,” Underwood said.

Lucky for them, JoJo turned up two days later outside Garcia’s back door. Her dog Bernie spotted JoJo in the backyard and got her mom’s attention. They were able to get her inside and clean her up. Garcia said JoJo was doing just fine.

“It’s the best feeling in the world, and when I called her mama, Vicki, at the hospital and I said she’s home and she burst out laughing, and it was the first time I heard her laugh in a long time,” Garcia said.

However, if escape artist JoJo ever sneaks out again, Garcia said the first thing she’ll do is get her face on Finding Rover in case someone spots her.

“Given the chance, she’ll run. She just doesn’t know enough to stay put, but I think she knows she had a good home because she came back to us,” Garcia said.

The Finding Rover app is available through your app store now. You can see dogs found and missing in your neighborhood and what pets are up for adoption near you.

The app is free of charge, and reviews are mixed, but it may prove to be helpful if you ever have to find Rover.