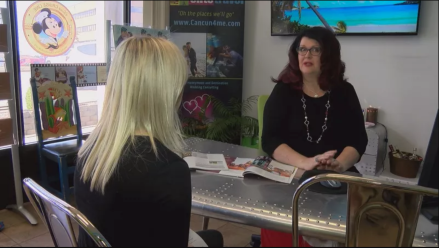 It looks like this thing with Cuban travel has gotten really serious.

U.S. officials say you should not go there.

It’s a warning, not a ban, but the U.S. has stopped issuing visas for now, and it’s pulling more than half its embassy personnel out of Cuba.

This is all because several U-S diplomats have recently been attacked in Cuban hotels.

President Trump says things in Cuba are not good.

We wanted to ask a local travel expert about what’s going on.

Sandgren says the warning isn’t a ban, and that travelers are still free to visit the island as long as they have a visa.

What the warning means is if something serious happens the island would have limited staff.

Sandgren says since there isn’t a travel ban to the country – if you changed your mind – it may be difficult to get your money back.

“At this point I do not foresee a lot of refundability being put in place. The feedback we’re getting from the cruise lines, the hotels, and the companies that feel that it is okay to progress, are not offering us waivers, but that could change as this all plays out,” Sandgren said.

Sandgren says if you have travel insurance the refund process process would be much easier.

Sandgren tells me the most important thing is to use your ‘true north,’ and if you have reservations about your trip – you should think it through.

President Vargas did not give his opinion on the U.S. government’s decision to stop issuing visas in Cuba indefinitely, but he says traveling to Cuba offers a unique educational opportunity.

In the past, Vargas has said the island could offer students the chance to learn about world economics.

But today, he told me he understands the safety concerns, but points out – travel of any kind can be risky.

“If you are concerned about safety – there are many places where you need to be worried about safety. You’ve heard probably – Every country or so has places that are unsafe. So, we need to be careful. We need to make decisions that are consistent with what we’re trying to do,” Dr. Vargas said.

Again,  Dr. Vargas has been to Cuba twice.

Once was in May of 2016 with former Missouri Governor Jay Nixon.